What’s old is new again as the stars of “Ferris Bueller’s Day Off” recently reunited to reminisce on their time filming the 1986 movie.

Broderick, 58, joined the call first and recalled being told by his agent that John Hughes wanted him for an upcoming movie.

“I was doing a play at the time and everybody said he’s the Steven Speilberg of teen movies, that’s what they said,” the actor remembered. “I said, ‘That seems good’ and then I think I rented ‘Breakfast Club’ and ‘Sixteen Candles’ and I loved them.”

He continued: “I got a call to the stage door: ‘Matthew, you have a call.’ It was Ace Video Store [saying]: ‘You’ve had ‘Sixteen Candles out for two and a half months now. How do you intend to pay? You owe $11,000.’ And I said ‘You can’t charge me more than the tape cost, what do you mean?’ They were quite serious.” 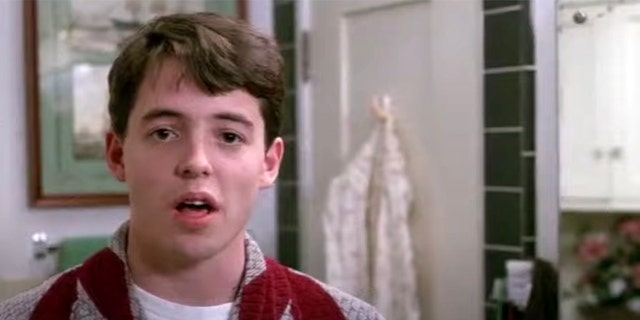 The star said that there was something that worried him about the film: breaking the fourth wall.

Broderick recounted having starred in two plays in which his character speaks to the audience, leading to hesitation when the offer for “Bueller” came his way.

“I was actually like, ‘Oh, man, maybe I better not do this because all I ever do is talk to the audience,” he said but noted that speaking to a live audience was different from talking to a camera.

CHARLES WEBB, AUTHOR OF NOVEL THAT BECAME BASIS OF THE OSCAR-WINNING MOVIE ‘THE GRADUATE,’ DEAD AT 81

Eventually, Grey, 60, who played Broderick’s sister, popped in for the call as well, reminiscing on some of her on-set antics.

“I had no one to hang out with because they were all playing all the time, so I was very much on my own,” the “Dirty Dancing” star remembered. “So I would get in all sorts of trouble.”

The actress said she would dress herself up to look like an autograph hound, even trying to sneak into the movie while in disguise. 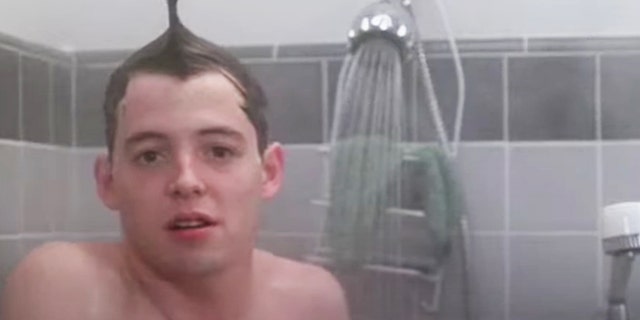 One of the most famous scenes in ‘Ferris Bueller’s Day Off’ features Matthew Broderick addressing the audience while in the shower.
(Paramount Pictures)

“John [Hughes] had security trailing me and saying, ‘Keep her away from us,’ and I just was going up to everyone to see if I could get into the movie as this autograph hound,” she recalled of her prank antics. “I felt so left out!”

The stars of the film reflected on working with Hughes, who died in 2009 at the age of 59 after a heart attack.

“He treated kids like they have problems, they have worries and he honored all of that,” said Ruck, 63.

Grey added: “It was almost like he was giving teenagers a break.”

To cap off the video a number of legendary stars recreated some of their iconic moments from their movies directed or written by Hughes.

Molly Ringwald, Chevy Chase, Julia Louis-Dreyfus and Steve Martin were among the stars that paid tribute to the famous filmmaker by re-reading some of their most famous lines.

Lizzo Claps Back at Property Owner Who Booted Her Early – TMZ