Dwayne ‘The Rock’ Johnson made an appearance on Impact Wrestling’s Bound For Glory PPV. He was there to induct former rival and real-life friend Ken Shamrock. ‘The World’s Most Dangerous Man’ faced The Rock multiple times during the latter’s first heel run in the company. Their most infamous match came at WrestleMania 14 for the Intercontinental Championship.

.@TheRock is here to honor The World’s Most Dangerous Man @ShamrockKen.#BFG2020 pic.twitter.com/8NjzmFQpMu

The Rock appeared on Bound For Glory

The Rock’s appearance on Impact was announced in September, making it the first wrestling related appearance for the People’s Champion this year. Although he did not make it to the ring, or even backstage, it was still an important moment for Impact Wrestling. To have an icon like The Rock appear on their biggest PPV is a very big deal.

The match was different from the style Eddie Edwards wrestles usually. It was hard-hitting in some parts, very technical in others. An interference by Callihan allowed Shamrock to put Eddie in the Ankle Lock and got him the win via submission.

Ken Shamrock is a trailblazer 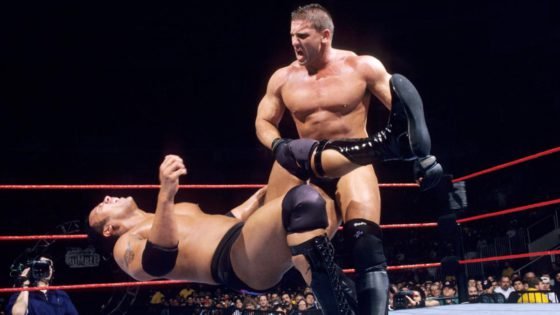 Shamrock is still wrestling at the age of 56. He earned the moniker ‘World’s Most Dangerous Man’ from his career in mixed martial arts. Shamrock was the first to make the transition from the UFC to the WWE. Many have followed in his footsteps, such as Ronda Rousey, Cain Velasquez, Brock Lesnar and even Bobby Lashley.

Ken Shamrock was a trailblazer for MMA fighters who wanted to make a career in professional wrestling. He faced many WWE legends during his stint with the company. He feuded with the Rock in 1998, Undertaker in 1999, and Chris Jericho too before returning to the Octagon. 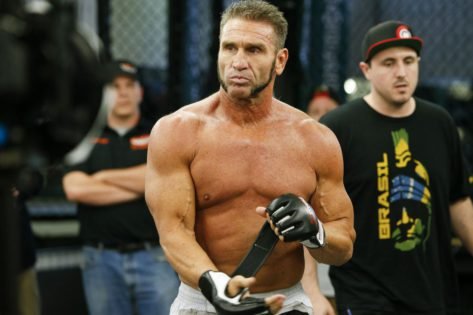 Shamrock’s MMA career is also very decorated. In fact, he was the inaugural inductee into the UFC Hall of Fame.

He fought the longest fight in UFC history against Royce Gracie, and his feud with Tito Ortiz is often regarded as the best UFC feud of the 2000s. Shamrock remains an important figure in the MMA industry even though he returned to pro-wrestling soon.

Shamrock returned to wrestling in 2018 and even teased a match with Randy Orton back then. However, he signed for Impact in 2019 and is now officially inducted into the Impact Wrestling Hall of Fame, and who better to induct him than The Rock. His legendary rivalry with the Rock was one of the most entertaining rivalries of the Attitude Era.